River Dan plays with a five-piece band from around the Southeast. 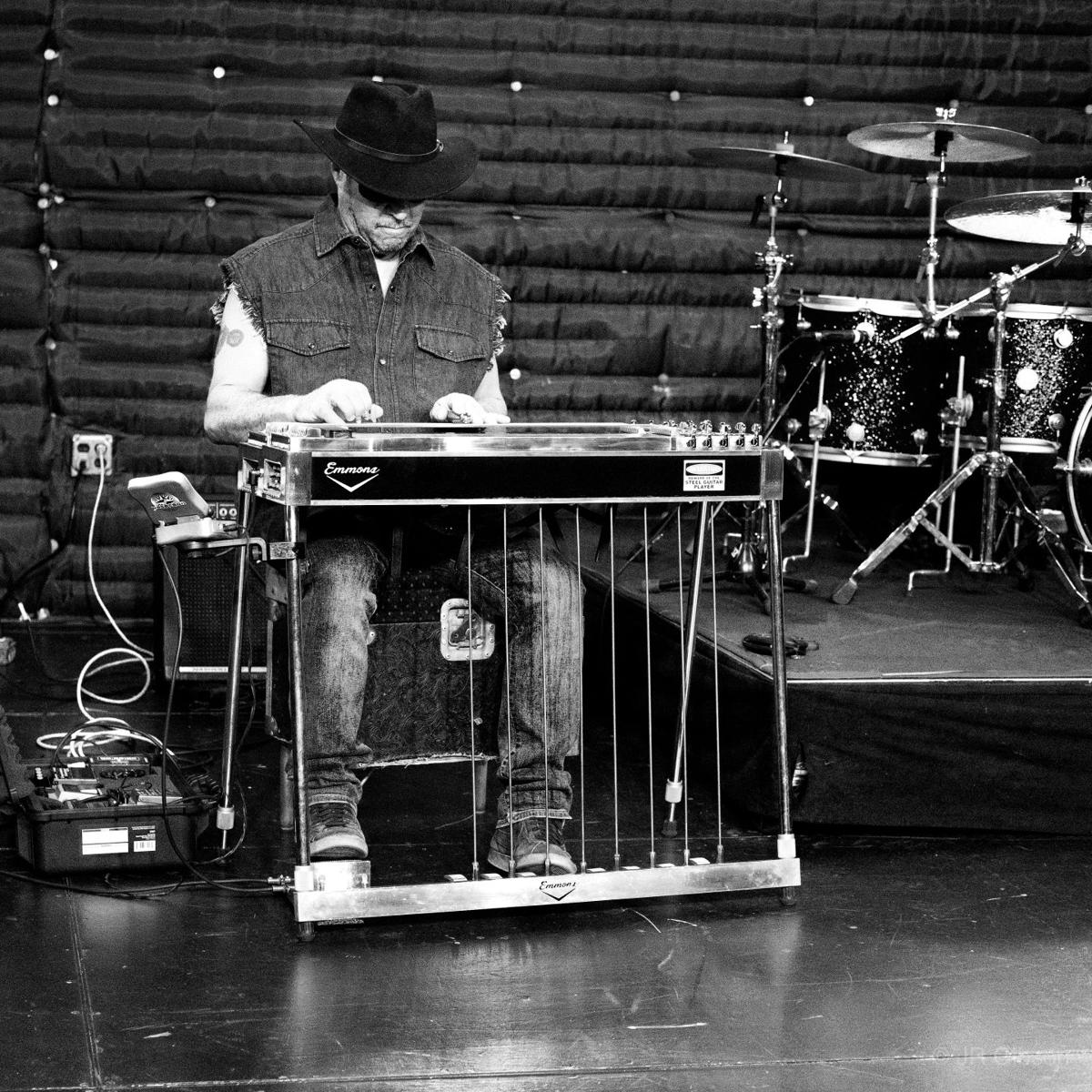 River Dan plays with a five-piece band from around the Southeast.

Local musician River Dan kicked off his career under the bright lights of L.A., but the Elmore County native is proud to call this area home – and he doesn’t ever intend to leave.

The self-taught banjo/guitar player and songwriter from Wetumpka got a later start uncovering his talent in high school but has now been going strong for nearly 15 years.

“There ain’t nothing else I’ll ever do. I’ll do this until I die,” said River Dan.

While he’s played solo quite a bit and still will on occasion, River Dan said he prefers playing with his five-piece band. Members come from across the South, including other areas of Alabama and Nashville.

“I’ll do a solo every now and then, but I don’t enjoy it anymore, especially because I’ve got a smokin’ band. We’re a dang family, and I’ve been playing with some of them for years,” said River Dan. “Even when I play a solo, I do a one-man band gig, so I’m playing tambourine, guitar, kick drum and harmonica – probably why it’s not as fun.”

Band associates include Jay Andrews on pedal steel; Marcus Mullins with the fiddle (although River Dan said he could play just about anything); Jimmy Teardrop on guitar; Jason Parker on bass; and Waylon Davis playing drums.

Due to their hometown distances, the band doesn’t have the opportunity to practice together often but have all been in the music industry long enough and play ample shows together that it’s not an issue.

River Dan will travel across the U.S. to perform and even hopes to take gigs overseas.

“I need to travel out farther, but there’s a mental block of not being able to. We’ll go out to Texas, West Virginia, Arkansas and book a few shows there. Wherever they pay us, we’ll go,” he said.

Aside from the band’s original songs and rocking some old country covers, the group also performs as a Waylon Jennings Tribute Band. Jennings is River Dan’s absolute favorite artist, and he appreciates all of his songs, so the group performs specific 90-minute tribute shows of nothing but Waylon Jennings’ music.

“I like to sing all the old country, but Waylon is my hero,” said River Dan.

The reason they started that side gig was from a request by a Huntsville club owner. That show pre-sold 350 tickets at $15 per ticket, so the guys realized they were on to something big. After shooting a promo video for the tribute group in Nashville, interest in the performance has really soared.

River Dan is even doing a show with Billy Joe Shaffer who wrote 80 percent of Jennings’ songs. He said he hopes Shaffer will work with him on an album to record.

With two albums out already, River Dan said he has enough songs written for another one but is taking a different approach to recording. With the sales of CDs at a low, it can be hard to justify.

“Before I had the mentality that I was recording songs just because I wrote them rather than putting together an album,” said River Dan. “I want to do things with intention.

“I’m still writing, but you gotta have a really good one and believe in it. Once you have 10 of those, go record an album,” he said.

River Dan now calls a 2,000-acre farm in Titus home with his longtime girlfriend who is a pilot.

“Things have just fallen into place. When you love who you work with and what you do, that’s a great thing,” he said.

For information on River Dan or where to catch one of his shows, visit the River Dan Facebook page or riverdan.com.