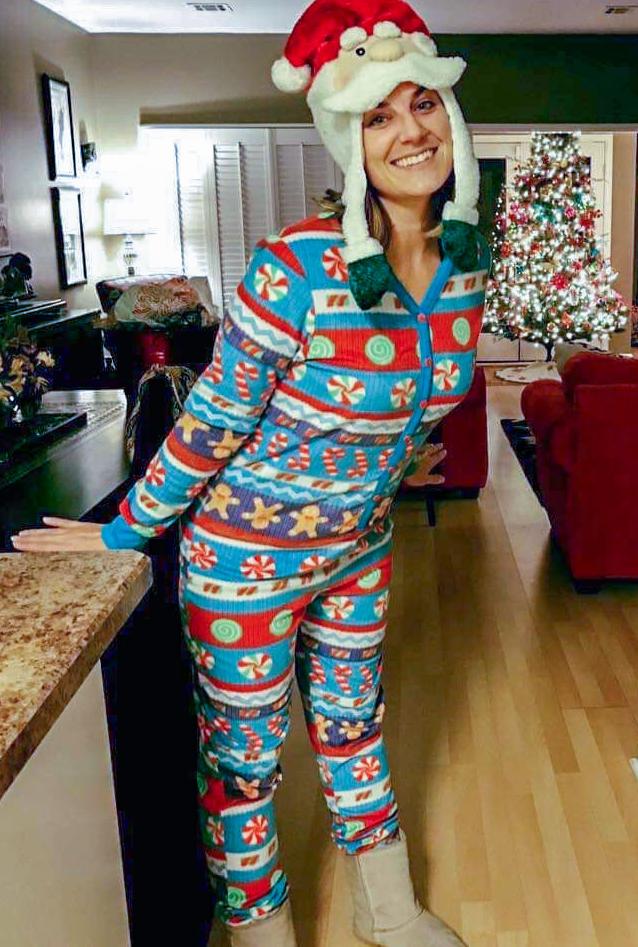 Adrian Borden sports one of her many holiday-themed costumes. 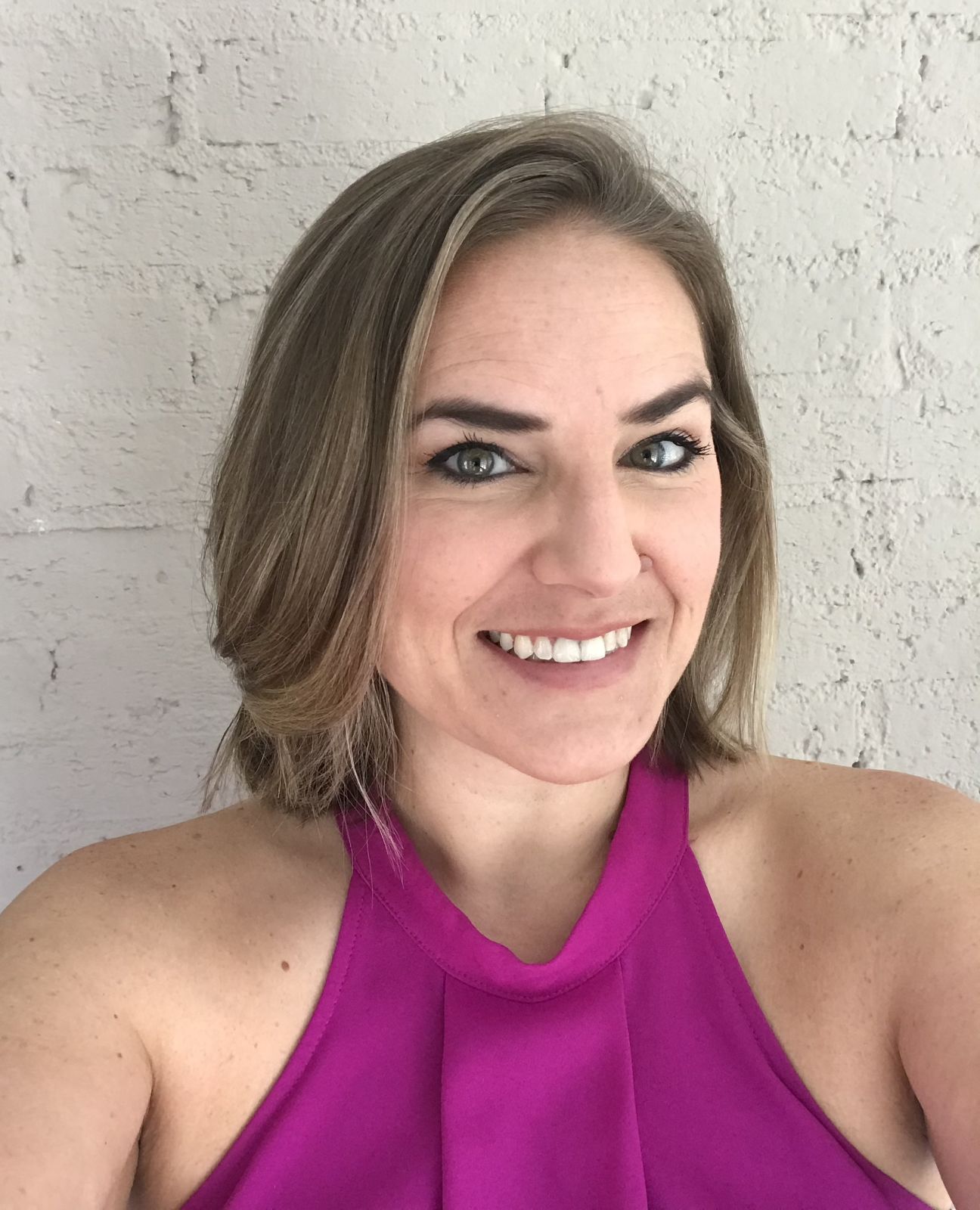 Christmas is by far my favorite time of year. By the first day of December, my clan of loved ones knows that I will begin my perpetual Santa hat-wearing tradition. I have a whole collection, in fact – standard fare Santa hat; standard with a bell tied on the pom-pom (you’ll want to know when I’m coming, of course); Santa’s face with little mittens to cover my ears; a Minnie Mouse hat with sequins stiff enough to stand on its own, with the pom-pom towering 2 feet above my head and so on.

In public, children often ask if I work for Santa; and the answer is, ‘Of course, I do! I’m an elf, obvi.’

There are just no guarantees that I won’t embarrass you this time of year. No one is safe. Even now, as I type this on an airplane to New York City, I’m wearing one of my standard hats. But trust me, my friend; I have been protecting you for almost a month at this point. Since mid-November, at the latest, I have been listening to Christmas music only in the privacy of my office or car, in sheer childlike anticipation of what is to come this season.

You see, I believe something shifts in people’s hearts during the holidays. It starts just before Thanksgiving. People are warmer and more affectionate; they share more videos online of cute cats, heroic measures and good news. People are quicker to hug, forgive, smile – and tend to be slower to judge, become angry or fuss at one another.

I wish we could be this way the whole year through, but I’ll take three months of it, if that’s all I can get.

That’s right. My Adrian Christmas doesn’t expire until well into January. Don’t ask me when; don’t tell me it’s bad luck; and do not shame me for loving and wanting to celebrate Christmas. I work for Santa, and you don’t want him to know you’re acting like a cotton-headed ninny-muggins.

Christmas movies present my favorite kind of stories – those about perpetual hope (Kate McCallister, the Home Alone series); a change of the darkest of hearts for the better (Scrooge, A Christmas Carol); a community rising up in song to overcome a stolen Christmas (The Whos of Whoville, How the Grinch Stole Christmas); silly children with grand ideas for Santa (Ralphie, A Christmas Story); loving family, warts and all (Eddie and Clark Griswold, National Lampoon’s Christmas Vacation); seeing the potential in people who look and smell differently from you (The Herdmans, The Best Christmas Pageant Ever); and a child choosing the most modest of gifts from Santa Claus himself (Christopher, Polar Express).

I’ve seen those movies time and time again, so I was looking for something really fun to do out in public with the other elves of Elmore County this Christmas season. It turns out there was a lot of fun stuff planned. I attended one of the walking tours held during the first week of December representing An Eclectic Christmas. The wonderful, living Nativity scene is free of charge each year and not to be missed.

The annual McCraney-Cottle Arts Council hosted its Sounds of the Season concert at Mt. Vernon Theatre, with a buffet dinner at Rustic Mill Restaurant beforehand.

Wetumpka pulled out all the stops for a Downtown Dickens Christmas this year. Folks were transported back in time to scenes from A Christmas Carol with Dickensian carolers, Father Christmas photo-ops and downtown decorations with snow in the alley and more. As a former professional Christmas caroler in L.A., you know I wouldn’t miss this opportunity to join in.

Whatever you did and still have time to do this holiday season, may it be merry and bright!

Does this make me look French?

When you go to the movies or attend a play, there is one element that is often underappreciated, although slaved over tremendously: the costumes.