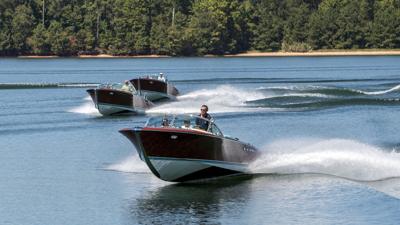 Last fall, Lake Martin’s Mark Clark, a collector of the Riva line, hosted the Lake Martin Riva Run with Steve and Mary Windom, also Riva owners. They invited director Tyler Russell, a camera crew and a small group of Riva enthusiasts to visit Lake Martin landmarks during the making of the video. The event was featured as a photo essay in the October 2019 issue of Lake magazine, which is available online at lakemagazine.life.

A Tribute to Carlo Riva